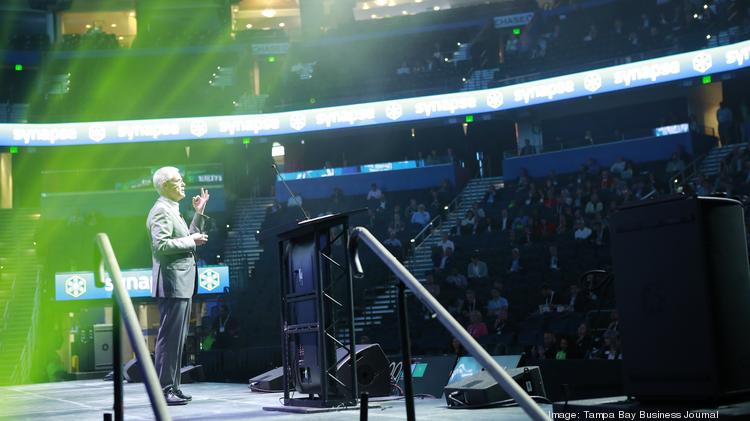 Synapse Summit may be partially virtual this year, but it won’t stop the innovation-focused conference from being a star-studded event.

The summit, which is typically held in Amalie Arena with thousands of attendees, will now be held in a hybrid form across the state. It’s that flexibility that also allows some of the summit’s biggest speakers to be taking the virtual stage.

Since the start of the year, Synapse Florida — which hosts the annual event — has been slowly revealing who will be taking center stage during the summit, which runs March 8 to 11. The latest are Jerry Rice and Steve Young, former San Francisco 49ers players who have both made it to the Hall of Fame…